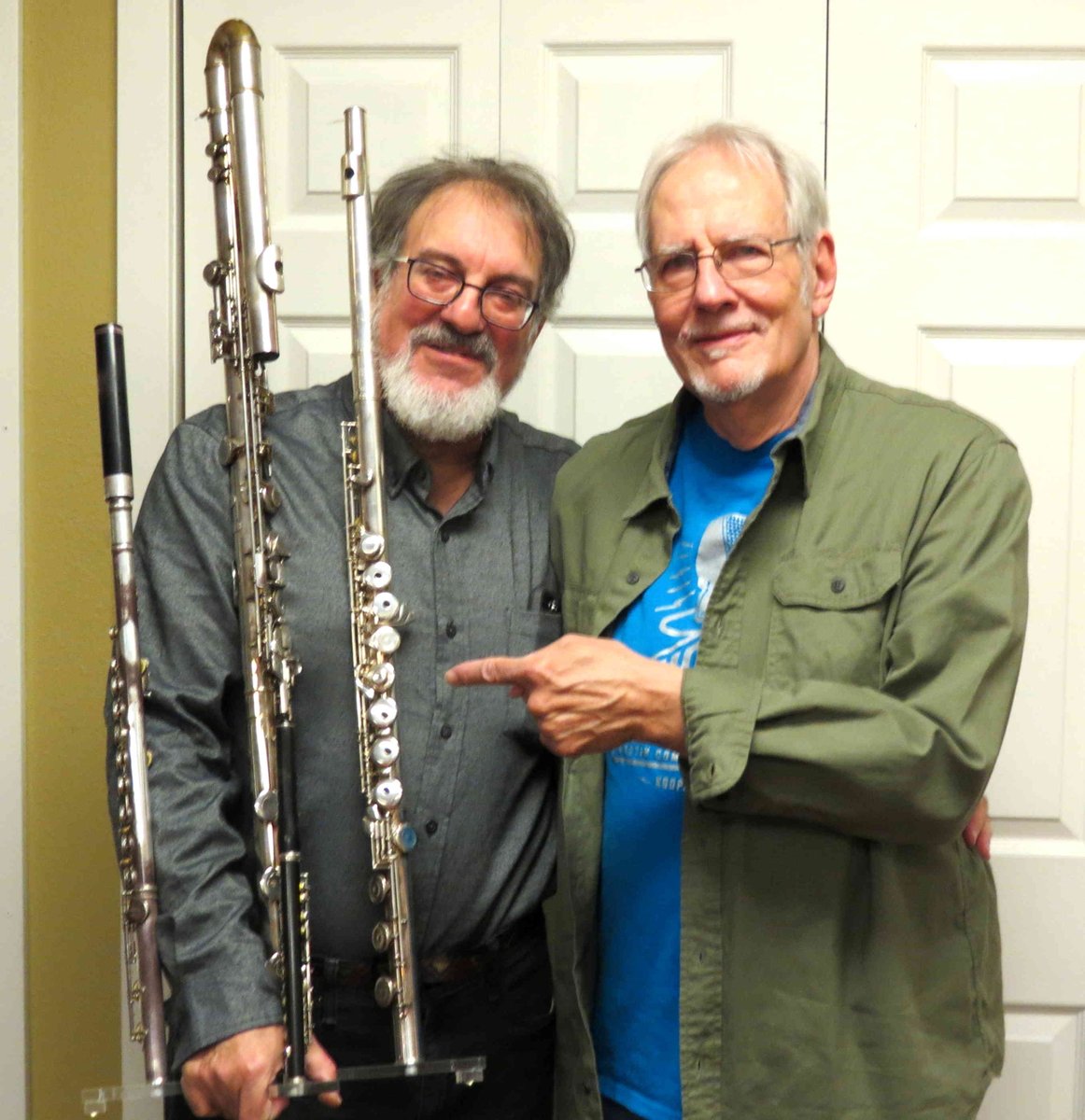 Dallas native Coke was an original member of the Austin-based Creative Opportunity Orchestra and has performed with renowned jazz vocalist and composer Tina Marsh in various formations for over 25 years. An improviser at heart, Coke's eclectic attitude has led him to explore everything from Be-Bop to Huddie Ledbetter. His flute studies have ranged from Eric Dolphy to Indian ragas on the bamboo flute.

Before moving to Amsterdam in the early '90's, Alex won numerous awards in Austin, including Best Saxophonist and Best Jazz Band -- from the Austin Chronicle's Austin Music Awards, the Music City Critics Poll, and others. In Amsterdam, Coke toured with the internationally-renowned Dutch jazz group, the Willem Breuker Kollektief. Following his return to Austin in 2000, Alex has worked with numerous groups and has toured widely.
Rag Radio is produced in the studios of KOOP 91.7-FM, an all-volunteer, cooperatively-run, solar powered community radio station in Austin, Texas, in association with The Rag Blog and the New Journalism Project, a Texas 501(c)(3) nonprofit. It is streamed live on the Internet at KOOP.org and Radio Free America. The host and producer of Rag Radio, Thorne Dreyer, is a prominent Austin-based activist and writer who was a pioneer of the ’60s underground press movement. The show’s engineer and co-producer is Tracey Schulz and the staff photographer is Roger Baker. The syndicated show is broadcast (and streamed) live Fridays, 2-3 p.m. (Central) on KOOP, and is later rebroadcast and streamed on WFTE-FM in Mt. Cobb and Scranton, PA., on Houston Pacifica's KPFT HD-3 90.1, and by KKRN, 88.5-FM in Round Mountain, CA -- and as a featured podcast at Veterans Today. Learn more about Rag Radio here.